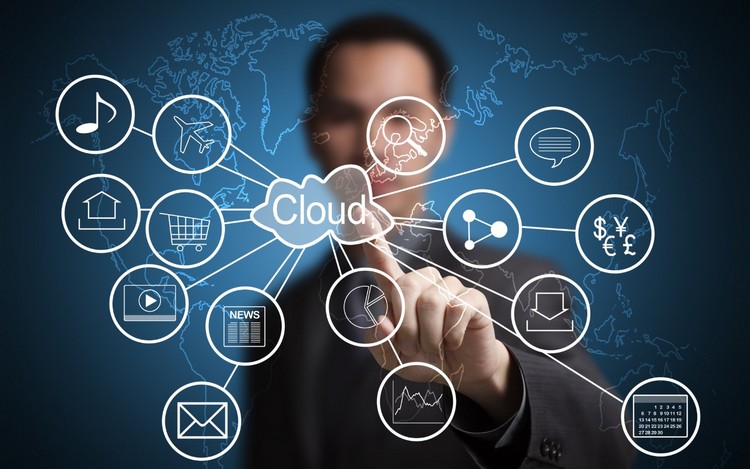 Description: Are you aware of computing? You want to know about computing so, here we are going to provide you the information and features of mobile cloud computing.

Mobile Cloud Computing- Its all About Cloud

Nowadays, both hardware and software of mobile devices get greater improvement than before, some smart-phones such as iPhone 4S, Android serials, Windows Mobile serials and Blackberry, are no longer just traditional mobile phones with conversation, SMS, Email and website browser, but are daily necessities to users. Meanwhile, those smart-phones include various sensing modules like navigation, optics, gravity, orientation, and so on. which brings a convenient and intelligent mobile experience to users

Mobile Cloud Computing and its Features

Mobility has become a very popular word and rapidly increasing part in today’s computing area. An incredible growth has appeared in the development of mobile devices such as, Smart phone, PDA, GPS Navigation and laptops with a variety of mobile computing, networking and security technologies.

Features of mobile computing are as follows:

Mobility: mobile nodes in mobile computing network can establish connection with others, even fixed nodes in wired network through Mobile Support Station (MSS) during their moving.

Diversity of network conditions: normally the networks using by mobile nodes are not unique, such networks can be a wired network with high-bandwidth, or a wireless Wide Area Network (WWAN) with low-bandwidth, or even in status of disconnected.

Frequent disconnection and consistency: as the limitation of battery power, charge of wireless communication, network conditions and so on, mobile nodes will not always keep the connection, but disconnect and consistent with the wireless network passively or actively.

Dis-symmetrical network communication: servers and access points and other MSS enable a strong send/receive ability, while such ability in mobile nodes is quite weak comparatively.

Low reliability: due to signals is susceptible to interference and snooping, a mobile computing network system has to be considered from terminals, networks, database platforms, as well as applications development to address the security issue.

Cloud Computing has become a popular phrase since 2007. However, there is no consensual definition on what a Cloud Computing or Cloud Computing System is, due to dozens of developers and organizations described it from different perspectives. C. Hewitt  introduces the major function of a cloud computing system is storing data on the cloud servers, and uses of cache memory technology in the client to fetch the data. Those clients can be PCs, laptops, smart-phones and so on.

Features of Cloud Computing are as follows:

Virtualization: the ’Cloud’ can be considered as a virtual resource pool where all bottom layer hardware devices is virtualized. End users access desired resources through a browser and get data from cloud computing providers without maintaining their own data centers.

Reliability, usability and extensibility: cloud computing provides a safe mode to store user’s data while users do not worry about the issues such as software updating, leak patching, virus attacks and data loss. If failure happens on a server or VM, the cloud computing systems transfer and backup those data to other machines, and then delete those failure nodes from the systems automatically in order to make sure the whole system has normal operation.

Large-scale: in order to possess the capability of supercomputing and mass storage, a cloud computing system normally consists of thousands of servers and PCs. Google Cloud Computing, for example, has already controlled 2% of all servers or about 1 million servers located in two hundred different places in the world, and will move upward to 10 million servers in the next decade.

Autonomy: a cloud system is an autonomic system, which automatically configures and allocates the resources of hardware, software and storage to clients on-demand, and the management is transparent to end users.

With the high increasing of data computation in commerce and science, the capacity of data processing has been considered as a strategic resource in many countries. We conclude that there are three main optimization approaches in MCC, which are focusing on the limitations of mobile devices, quality of communication, and division of applications services. Deploying an effective elastic application division mechanism is deemed to be the best solution to guarantee the application service in MCC; its complicated, but promising high impact results.